Joints are formed by the ends of two or more bones connected by tissue called cartilage. Healthy cartilage serves as a protective cushion, allowing smooth and low-friction movement of the joint. If the cartilage becomes damaged by disease or injury, the tissues around the joint become inflamed, causing pain. With time, the cartilage wears away, allowing the rough edges of bone to rub against each other, causing more pain. When only some of the joint is damaged, a surgeon may be able to repair or replace just the damaged parts. When the entire joint is damaged, a total joint replacement is done. To replace a total joint, a surgeon removes the diseased or damaged parts and inserts artificial parts, called prostheses or implants. Click the desired topics below to find out more. 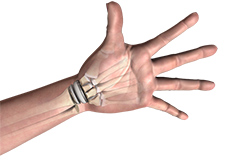 Wrist joint replacement surgery, also referred to as total wrist arthroplasty, involves replacement of a severe arthritic wrist joint with an artificial joint made of metal and plastic components. It relieves pain and restores function when conservative treatment fails to provide relief. 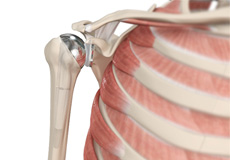 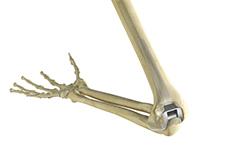 Elbow Joint Replacement, also referred to as Total Elbow Arthroplasty, is an operative procedure to treat the symptoms of arthritis that have not responded to non-surgical treatments. 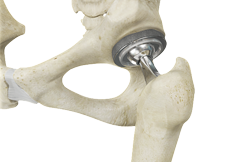 Total hip replacement is a surgical procedure in which the damaged cartilage and bone is removed from the hip joint and replaced with artificial components. The hip joint is one of the body's largest weight-bearing joints, located between the thighbone (femur) and the pelvis (acetabulum). 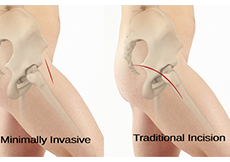 A minimally invasive approach has been developed in recent years where surgery is performed through one or two smaller incisions rather than the single long incision as in the traditional approach. 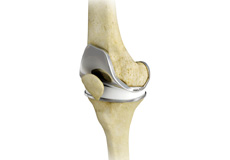 Total knee replacement, also called total knee arthroplasty, is a surgical procedure in which the worn out or damaged surfaces of the knee joint are removed and replaced with artificial parts.